Symptom of the Universe: The Death of the Individual in John Carpenter’s Post-"They Live" Films 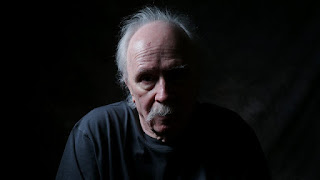 "I think the universe is claustrophobic," John Carpenter told Post Script's Ric Gentry in a 2014 interview. "Life is claustrophobic. Things are pressing in[...]it's a view that you come away from childhood with." That perspective is one key entry point into Carpenter's work, one that he expanded on when Gentry asked Carpenter about the source of his fears: "Loss of control[...]I fear absorption by other people, of my personality. This goes way back to childhood. It's sort of like 'the thing.' I don't want to be absorbed by anyone." Carpenter's reference to "The thing," the amorphous alien antagonist from The Thing (1982), his classic remake of The Thing From Another World, is also telling. That film was a major bomb upon release, so much so that it cost Carpenter the job of working on Firestarter, an adaptation of Stephen King's novel of the same name. But even Carpenter relates his work back to The Thing, a film whose financial and critical failure significantly contributed to his disillusionment with Hollywood filmmaking.

Carpenter's concern with the death of the individual, and the terrifying uncovering of the universe's hostile, finite nature is a potent common fixation of many of his movies. Carpenter has mined these themes to great effect in recent works that many critics have either unfairly maligned, or treated as relatively inferior to his earlier, more elemental works. Still, while Carpenter's creative collaborators have changed over the years, and his style has become looser, and often more maximalistic, his work remains potent because of its consistent focus on individuals whose singular personalities and societal roles are threatened by what film historian Barry Keith Grant once called "a primitive Hobbesian brutality." The mixed-to-negative reception of Carpenter's recent films is, other words, also a reflection of the fickle, unsparing human condition that Carpenter singles out in his films.

Read more »
Posted by Simon Abrams at 4:54 AM No comments: