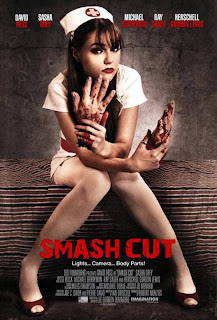 Posted by Simon Abrams at 7:15 PM No comments: 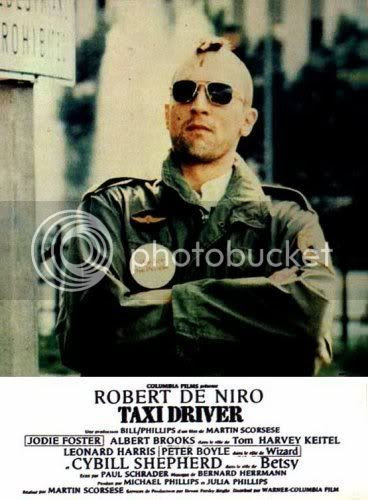 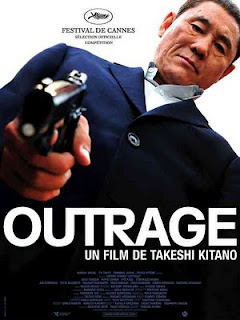 Email ThisBlogThis!Share to TwitterShare to FacebookShare to Pinterest
Labels: Federico Fellini, The Clowns

Email ThisBlogThis!Share to TwitterShare to FacebookShare to Pinterest
Labels: The Queen of Hearts, Valerie Donzelli 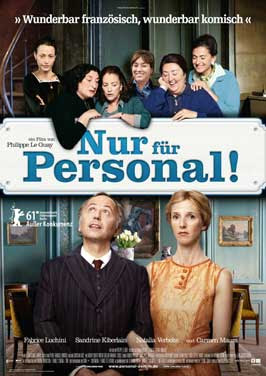 71) Service Entrance (2010) Dir: Philippe Le Guay Not Yet Released Date Seen: March 6, 2011 Rating: 1.75/5
I didn't need to see The Help. I had gotten my fill of wrong-head movies about domestics and race relations according to Whitey from this shit heap. See my review for Slant Magazine.
Posted by Simon Abrams at 6:18 PM No comments:

68) The Man in the White Suit (1951) Dir: Alexander Mackendrick Date Released: April 1952 Date Seen: March 5, 2011 Rating: 3.5/5
My dad was right--once you've heard that certain fart-like sound effect (you know the one), you never can get it out of your head. Fantastic comedic timing and performances for a story that I don't was particularly well developed. Very funny.
Posted by Simon Abrams at 6:07 PM No comments:

Email ThisBlogThis!Share to TwitterShare to FacebookShare to Pinterest
Labels: Alexander Mackendrick, The Man in the White Suit 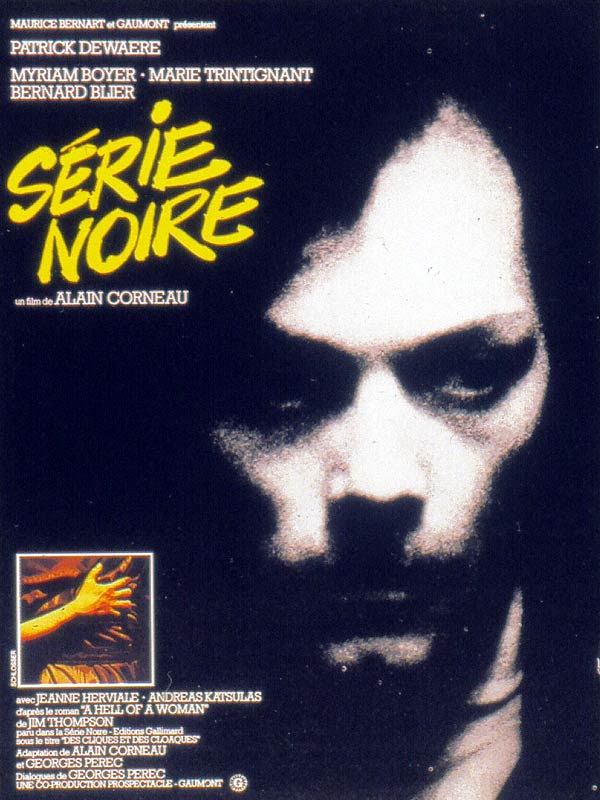 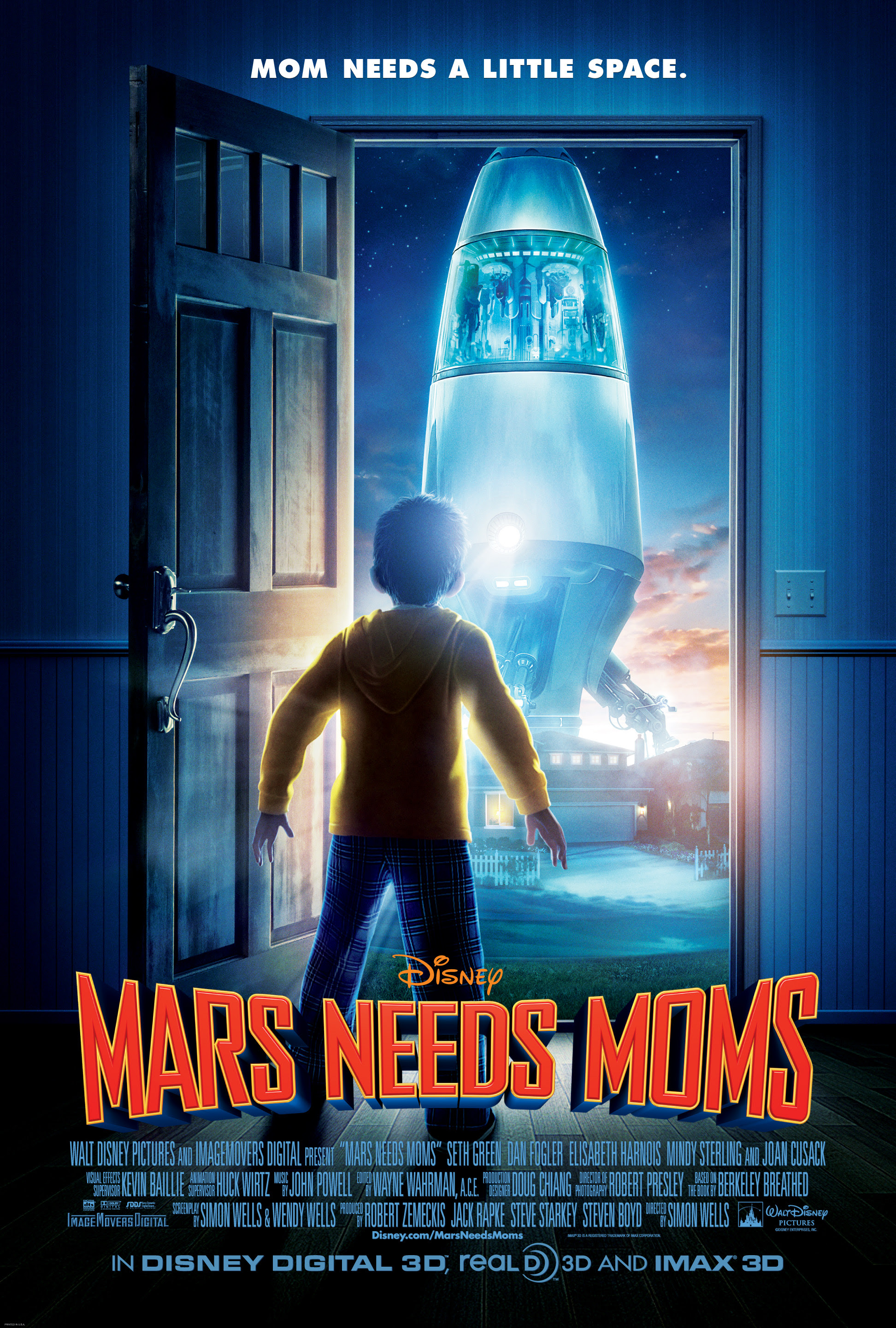 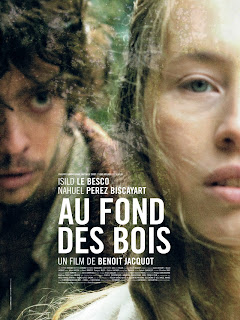 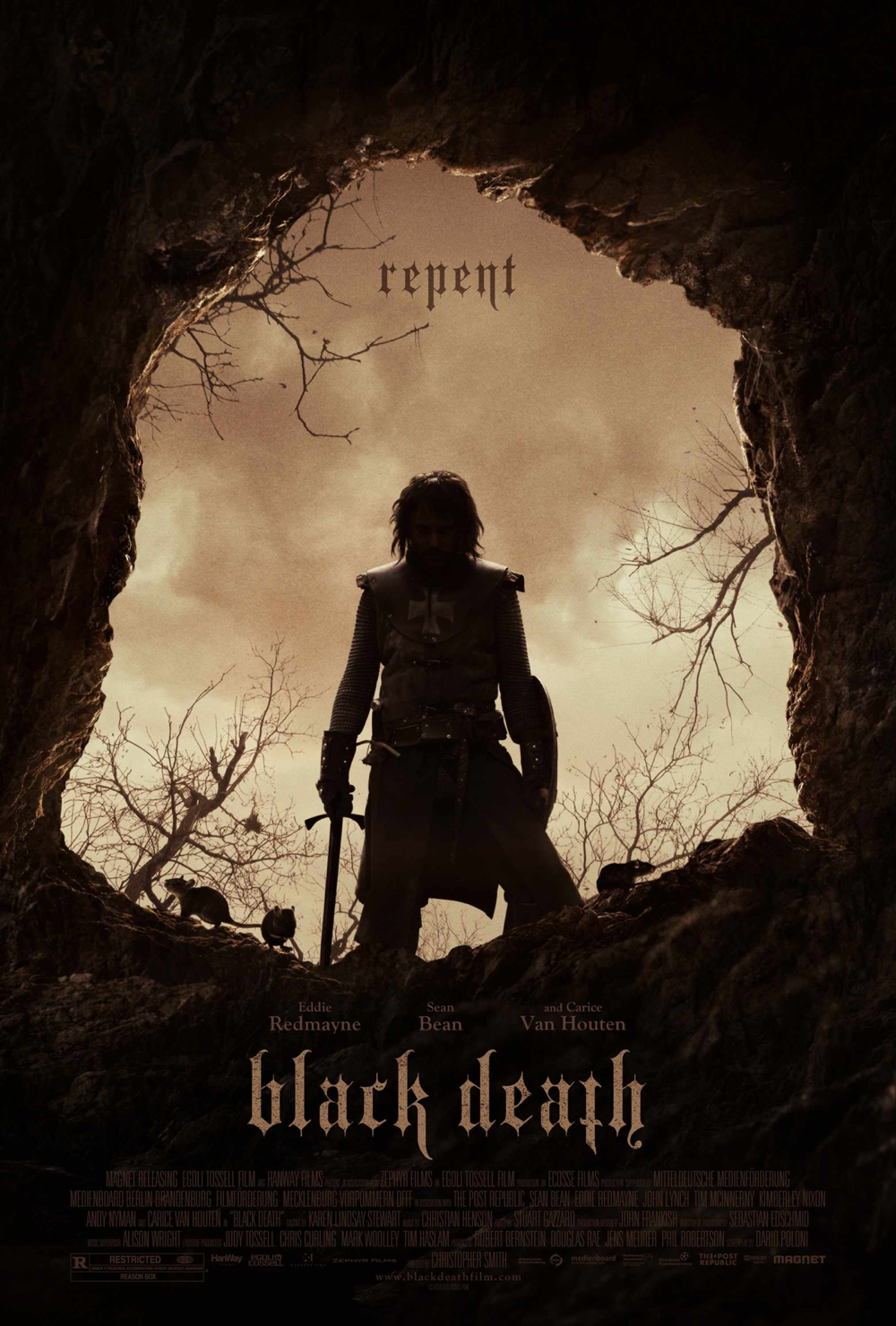 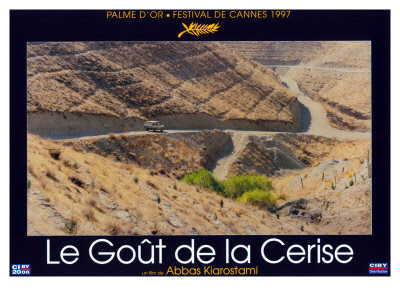 Email ThisBlogThis!Share to TwitterShare to FacebookShare to Pinterest
Labels: Abbas Kiarostami, Close-Up, The Taste of Cherry, Where is the Friend's Home? 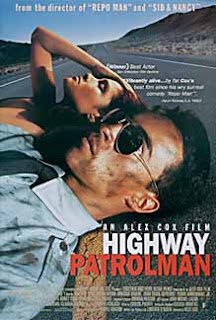 57) The Silence (2010) Dir: Baran bo Odar Not Yet Released and Probably Never Will Be Date Seen: February 25, 2011 Rating: 3.75/5
I need to rewatch this movie. Pretty badly, actually. I remember being deeply impressed with Odar's sense of space and the film's mournful, Memories of Murder-esque atmosphere. It doesn't have Bong's film's sense of humor but it does have its showmanship, scope and deep-seated empathy for its characters. The one thing holding me back from rating this higher is the way Odar tried to protect his protagonists a little too much from being uniquely associated with their sometimes despicable actions. It's a fascinating procedural though, one that also reminded me of the Martin Beck mysteries. Man. Man oh man. This would make for an AWESOME double feature with Jar City.
Posted by Simon Abrams at 10:36 AM No comments: 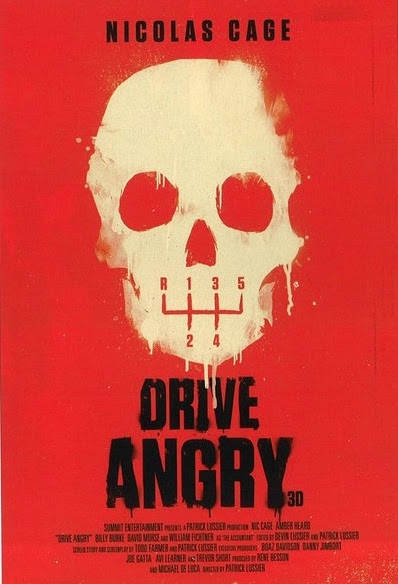 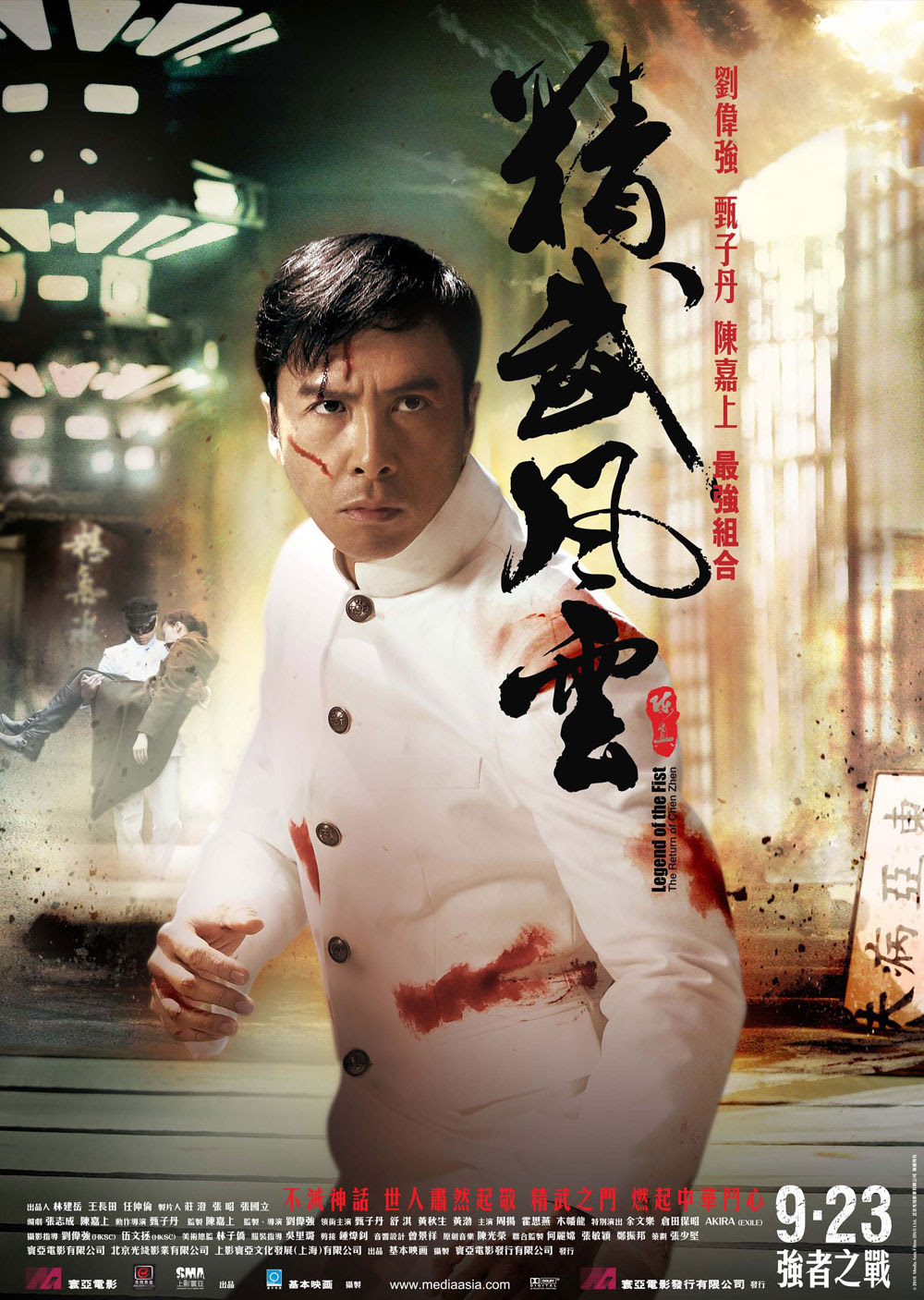 Email ThisBlogThis!Share to TwitterShare to FacebookShare to Pinterest
Labels: 2011 release, Andrew Lau, Legend of the Fist: The Return of Chen Zhen 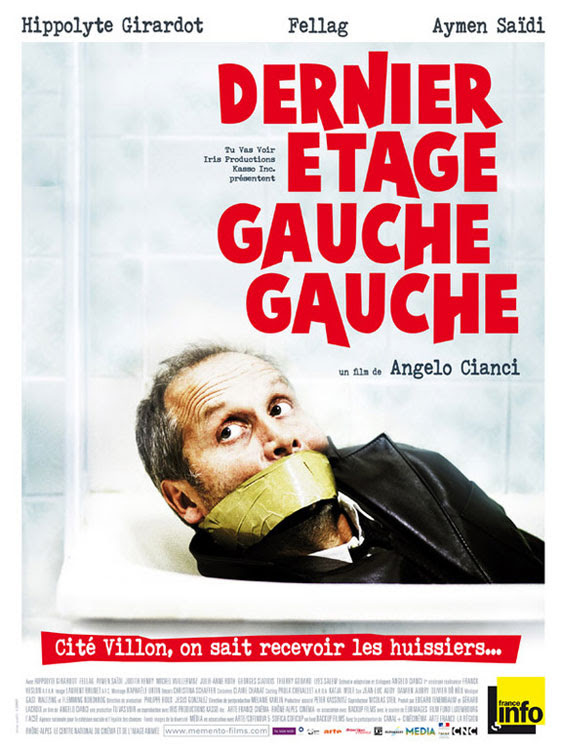 Posted by Simon Abrams at 6:04 PM No comments: 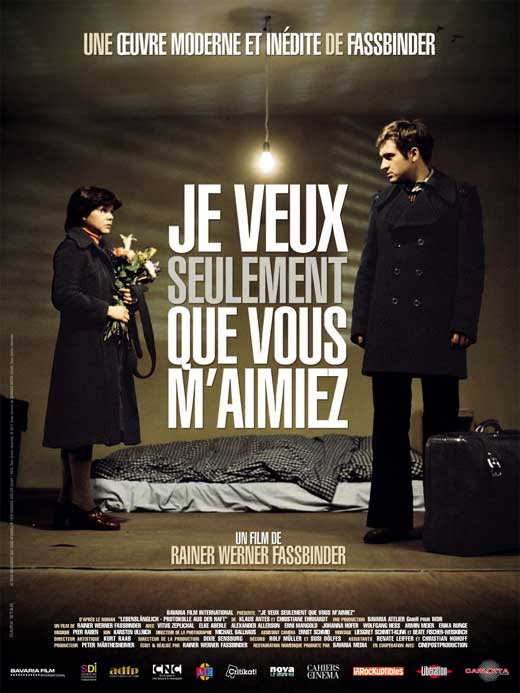 Email ThisBlogThis!Share to TwitterShare to FacebookShare to Pinterest
Labels: I Only Want You to Love Me, Rainer Werner Fassbinder 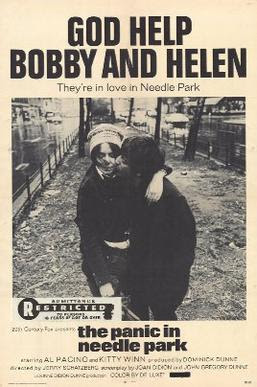 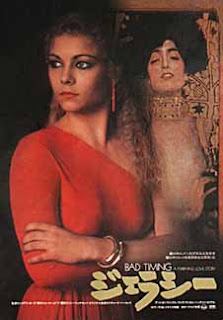 Posted by Simon Abrams at 2:48 PM No comments:

Email ThisBlogThis!Share to TwitterShare to FacebookShare to Pinterest
Labels: 2011 release, Brad Anderson, Jorge Michel Grau, Vanishing on 7th Street, We Are What We Are 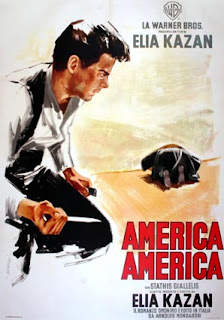 32) The Private Eyes (1981) Dir: Michael Hui Date Released: June 1977 Date Seen: February 5, 2011 Date Released: June 31, 1977 Rating: 3.75/5
No, I have no idea how the Hui brothers achieved time travel now that we know that that's a theoretical impossibility. But somehow, according to IMDB, they did it and released their movie in San Francisco four years before it was officially produced. What. The. Fuuuuuck.*
But wouldn't it be nice to imagine that that's how the Hui brothers rolled? I mean, The Private Eyes is a blast, a goofy lark full of fun sight gags, well-timed slapstick and even a martial arts scene where a swordfish is used as a weapon. Yeah. So why not cookie rocket, I mean time travel? After watching this movie, I'd believe anything you tell me about the Hui brothers. They're like the Hong Kong film scene's Chuck Norris.
*According to Google, they produced the film in 1976. But shhhh.

Posted by Simon Abrams at 6:59 AM No comments: 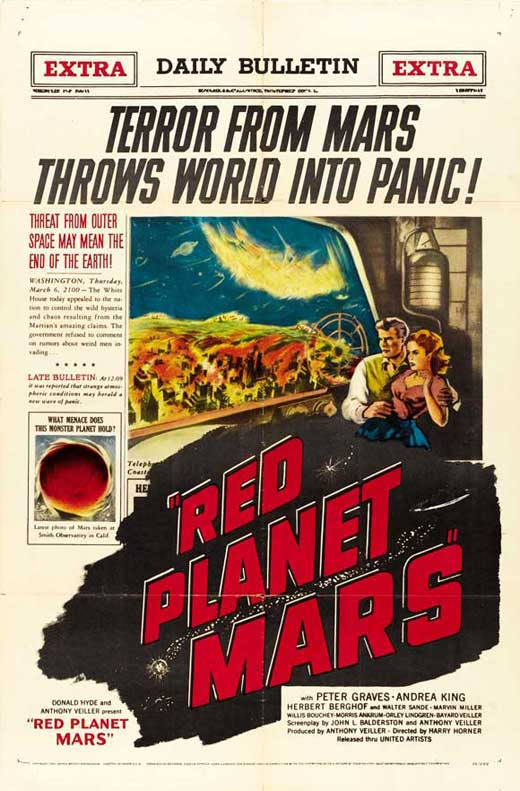 31) Red Planet Mars (1952) Dir: Harry Horner Date Released: May 15, 1952 Date Seen: February 4, 2011 Rating: 3.5/5
33) Invaders from Mars (1953) Dir: William Cameron Menzies Date Released: April 22, 1953 Date Seen: February 5, 2011 Rating: 3.75/5
Huh. I totally did not realize that Menzies was one of the many co-directors of Duel in the Sun. Wonder what he contributed to that infamous epic...
In any case, I find the Red Scare paranoia of both of these films to be fascinating. I love individual scenes and the over-all mood of Invaders from Mars in spite of how tacky some of the actors line-readings are and how stodgy the film is in general (strives for dream-like-ness and sometimes achieves it...but sometimes falls flat on its face, too). And I really enjoy the wild jingoism of the theological speculation in Red Planet Mars and consider its last 10 minutes to be an absolute hoot (it is however, as a rickety adaptation of a stage play, also very stiff on the whole and spends a lot of time setting the film's scenario up). Made me want to really dig into Atomic Age horror, like Them! and I Was a Teenage Frankenstein...
Posted by Simon Abrams at 6:52 AM No comments: 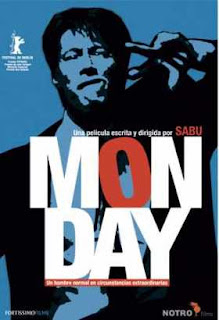 23) Non-Stop (1996) Dir: Sabu Date Released: November 2000 Date Seen: January 26, 2011 Rating: 3/5
25) Postman Blues (1997) Dir: Sabu Not Yet Released Date Seen: January 26, 2011 Rating: 3.25/5
26) Monday (2000) Dir: Sabu Not Yet Released Date Seen: January 30, 2011 Rating: 3.5/5
27) Drive (2002) Dir: Sabu Not Yet Released Date Seen: January 31, 2011 Rating: 3/5
I was planning on writing a lengthy piece on Sabu's blue-collar heroes and how his films' frantically kinetic pacing resembles Tony Scott's recent films (he even directed a short film that's directly inspired by Scott's The Taking of Pelham 1 2 3 remake). But then I stopped writing for the New York Press.
So that piece never happened and maybe never will happen.
Still, with the exception of Drive, there's an image in each one of these films that encapsulated the film's mood or complicated it in ways that excited me in some way. In Monday, it's the elevator scene; in Postman Blues, it's the road-side denouement; in Non-Stop, it's the scene where the third man joins the chase. With Drive, Sabu rehashes a lot of familiar material but the film's amiable enough and features a slightly more refined meltdown-induced melodrama. All four films are exciting to varying to degrees. I may yet revisit these and write the piece I had wanted to. But for the moment, these singular images remain at the back of my mind.
Posted by Simon Abrams at 5:52 PM No comments: 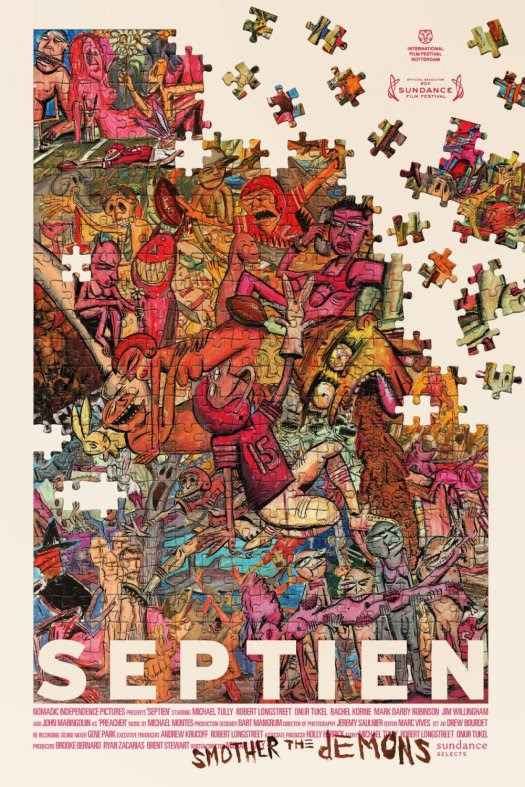 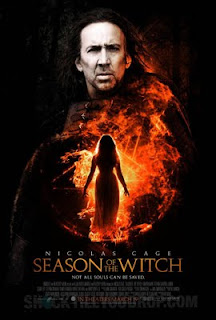 20) Season of the Witch (2011) Dir: Dominic Sena Date Released: January 7, 2011 Date Seen: January 24, 2011 Rating: 2.5/5
Maybe it's because I was drinking cola-diluted Absente (it was my birthday, after all). But so help me Jabba, I maintain that Dominic Sena is a good action director. Yes, Witch's screenplay stinks and Nicolas Cage and Ron Perelman didn't spend nearly enough time wrestling with wolves, Satan, etc. But the draw bridge scene in this movie, like the scene in Whiteout where Kate Beckinsale is feeling her way around in the middle of a harsh snow storm using only a rope anchored by some stakes, is genuinely good. Perhaps it's just adequate-good and I'm blowing this whole let-us-sheepishly-give-due-praise-to-the-director-of-Swordfish thing out of proportion. But while watching Season of the Witch, I could have sworn that scene was qualification-less good. Like, good-good. That good. The good of good. Damn that Absente.
Posted by Simon Abrams at 5:23 PM No comments:

Email ThisBlogThis!Share to TwitterShare to FacebookShare to Pinterest
Labels: 2011 release, Dominic Sena, Season of the Witch 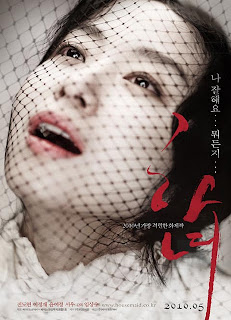 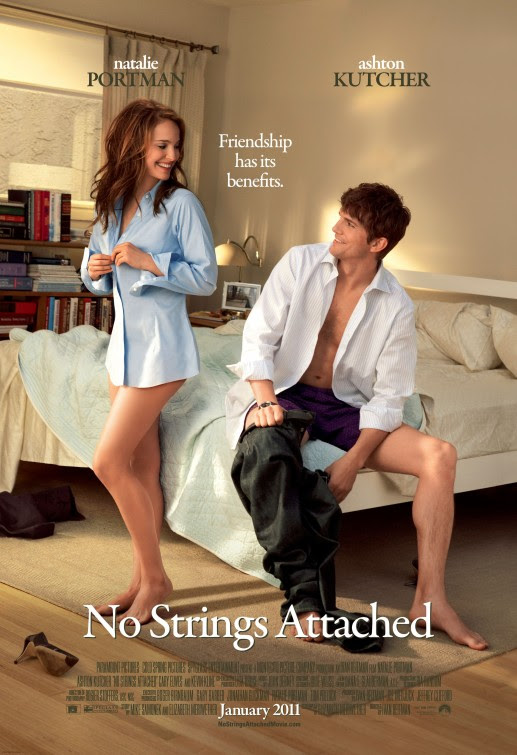